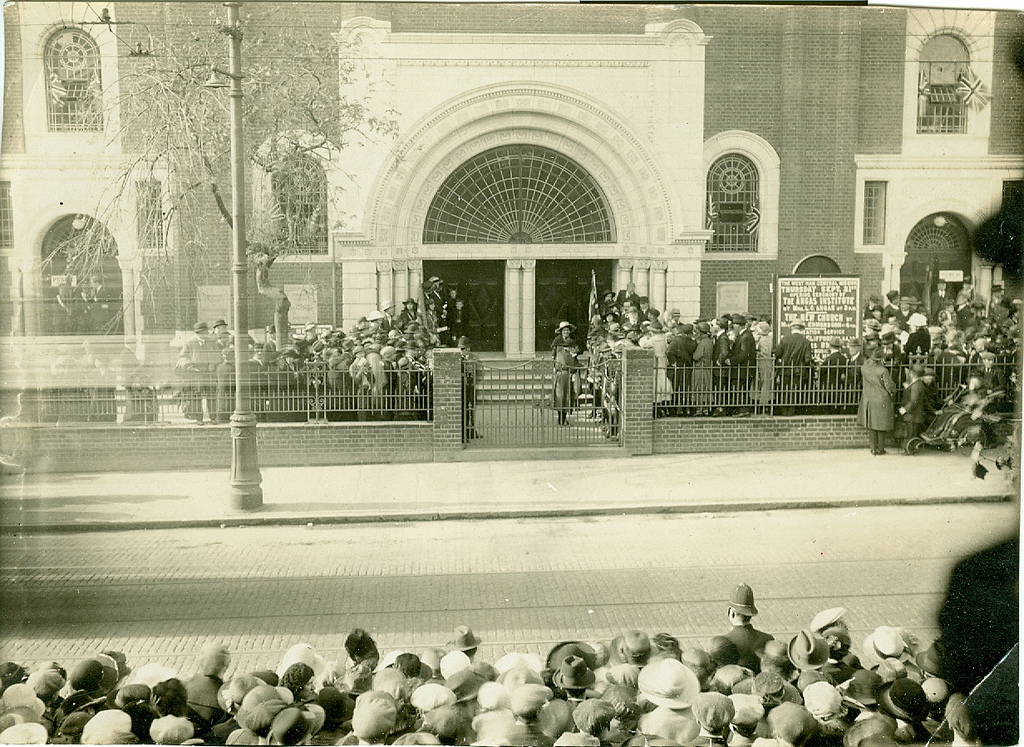 The many lives of one of my favourite stretches of old East London road.

I did a history walk around the homelands of Plaistow (work, rest and Playstow as nobody calls it yet!?) on Sunday with a full group of London explorers.. We wandered around for three hours, stopping off at the rather excellent Black Lion for a quick drink – one of only a handful of pubs remaining in the area, and more to soon disappear since the flight of WHUFC .. The walk went really well, there’s so much history, and so many hidden stories to tell about our backstreets around here.. From 70’s heartthrob David Essex to professional cockney Danny Dyer.. The great Plaistow land-grab of 1906 to Henry Moore’s collaborations with the Curwen Press.. So many characters, so many stories in what people might assume to be just a run-down corner of East London beginning to see the seeds of gentrification..

Halfway through the walk, on my favourite old-school corner of the neighbourhood – loads of Victoriana and pre-war stuff on a stretch of the Barking Road mainly unscathed by the Blitz – we came across a familiar sight I’d seen online, though not in real form yet..It’s a piece of Sian-Kate Mooney’s DARKWAVE works, erupting from the tarmac in fabulous doomy spikiness (sorry Sian! Not an art reviewer..) on the forecourt of the historically important Barking Road Memorial Church. I’m no expert, but I like what I like, see what I see, and I’m a fan of all things ominous – it appeals to my eyes in a similar way that Clan of Xymox or Joy Division do to my ears..

Yep, Art is alive and well in E13 via the Tower Gallery which occupies the East Tower of the impressive Byzantine style 1921 church. Plaistow has a rich artistic history – it’s been at least 15 years though since we lost the UEL Art School (one of the Chapmans is an alumnus) based at the old YMCA Red Triangle Club down the road a bit, and 3o odd years since the Curwen Press shut down (Henry Moore, Barbara Hepworth links)..

Sian is a former colleague at the University of East London – I was familiar with the work by sight from the pics I’ve seen on social media, and it was a surprise to find it installed on the Barking Road. It fits in really well with the surroundings, and my fellow explorers were intrigued and impressed. One of the homeless guys who congregate at the church was really friendly and told us how it had just gone up the other day, that he likes it, but how it was “..proper freaking people out at night”!

The church itself is a gorgeous building – built as a ‘Mission’ Church and important in all sorts of ways.. Its style isn’t so common in these parts – it has more in common with the nearby Victorian West Ham sewage works (beautiful Byzantine influences at the Cathedral of Sewage!) than other church buildings in the area.. Then there’s the fact of its Commemorative Bells – a memorial for locals who lost their lives in WWI. The largest list of names on any bells in the world, i believe.. Then there’s the fact it was opened by the Queen Mary in 1922, and revisited again in 1930 – the ‘great and the good’ used to visit these parts quite a bit back in more philanthropic times..

Next door is the world famous 59 Club.. A Bikers club that emerged from a regular Youth Club set up by the Eton Mission church in Hackney Wick in 1959 at the height of fear of the folk-devil Bikers emerging in post-War Britain.. The ‘Biker Priest’ Rev Bill Shergold’s idea was to offer a safe space, with limited rules, but an ethos of being responsible, and having your bike blessed to protect from the perils of the ton-up competitions rife at the time! After a few moves, the 59 Club eventually settled in E13 and still meets twice a week and has tens of thousands of members globally.. I’ll get round to doing a post on it one day.

Over the road from the church and the 59 Club though, is the most beautiful old Hovis ad-sign, partially scabbed over in pebble-dash on the side of the Cornerstone Cafe (a good cuppa).. I am actually in love with this sign..I’m a bit obsessed by all kinds of street typography, but ‘ghostsigns’ particularly – they evoke the past so soulfully, and I get carried away imagining days gone by when the area was populated by Dockworkers and those of the filthy industries of Silvertown.. Anyway, here’s my pic of said lovely ghostsign..

..And here is a lovely old photo i found of the Queen’s visiting of the church in 1930, alongside a pic i took a little while back in an attempt to vaguely recapture the optic.. It’s only the self-same old ghostsign in the mid background!.. And it appears to have only slight textual modifications since the old pic was taken! It’s longevity is astonishing, and I only hope one day someone will debride it of its pebble crust and reveal all of its glory.

Anyways, the Memorial Church & Tower Gallery can be found at 395 Barking Road, E13, and the official opening of Sian-Kate Mooney’s work is happening in March. If you’re in the area, take some time to wander about this stretch of the Barking Road from here towards Canning Town, it really does feel like the past – I never tire of it.. Better still, check in with easterndrifts history walk of the area – see above.. Ghostsigns, Pie & Mash, the Abbey Arms, old-fashioned Butchers, old-school East End funeral director, independent shops with signs from the 1970’s, date-stamped terraces and buildings, as well as African and Asian grocers and recent Brazilian, Ukrainian, and Turkish restaurants.. A quality wandering experience, enjoy…

Keep updated at easterndrifts.com for more posts on exploring/walking/history/arts/community in Newham and beyond..

Hello.. I'm a native of where East London meets Essex - the 'Thames Gateway'.. London is increasingly creeping eastwards, and I'm on a mission to document it via walks, before it changes forever.. In between walking and talking things East London, some teaching happens.

Start a Blog at WordPress.com.